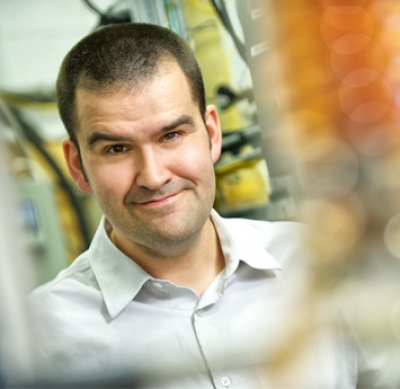 After a B.Sc in chemistry, Dr. JM Lavoie followed his academic training with a MSc and a Ph.D in wood science and technology at Université Laval (Québec) under the supervision of Pr. Tatjana Stevanovic (1997-2005). From 2005 to 2007, he worked as an Assistant Professor in the Chemistry and Biochemistry Department at Université de Moncton (New-Brunswick). In 2007, he decided to go back to training, joining the team of world-renowned Pr. Esteban Chornet as a postdoctoral fellow at Université de Sherbrooke. He pursued his research work in the field of biomass conversion as PDF for two years before joining the Department as Assistant Professor. From 2009 to 2012, he was Chairholder of the Industrial Research Chair on Cellulosic Ethanol, a Chair closely linked to the biofuel industry in Québec, and involving partners such as Enerkem, Ethanol GreenField Québec Inc., and CRB Innovations. In 2011, he was promoted to Associate Professor and is now Chairholder of the Industrial Research Chair on Biofuels and Biocommodities. In addition to the previously mentioned industrial partners, Pr. Lavoie also works with such collaborators as Hydro Québec and Cascades. His research work, essentially dedicated to the conversion of biomass, involves both biological, and thermal conversion. He is also East Platform Leader for the BioFuelNet NCE network, and editor of Frontier’s Journal in Chemical Engineering. He is adjunct professor for the Département de génie chimique at Université Laval (Québec) as well as for the Department of process engineering at Memorial University (Newfoundland). He is co-author of more than 30 publications and 10 patents. He leads a team of 30 students from scientific and engineering backgrounds in an industry-academia training model.

Back to the employees page